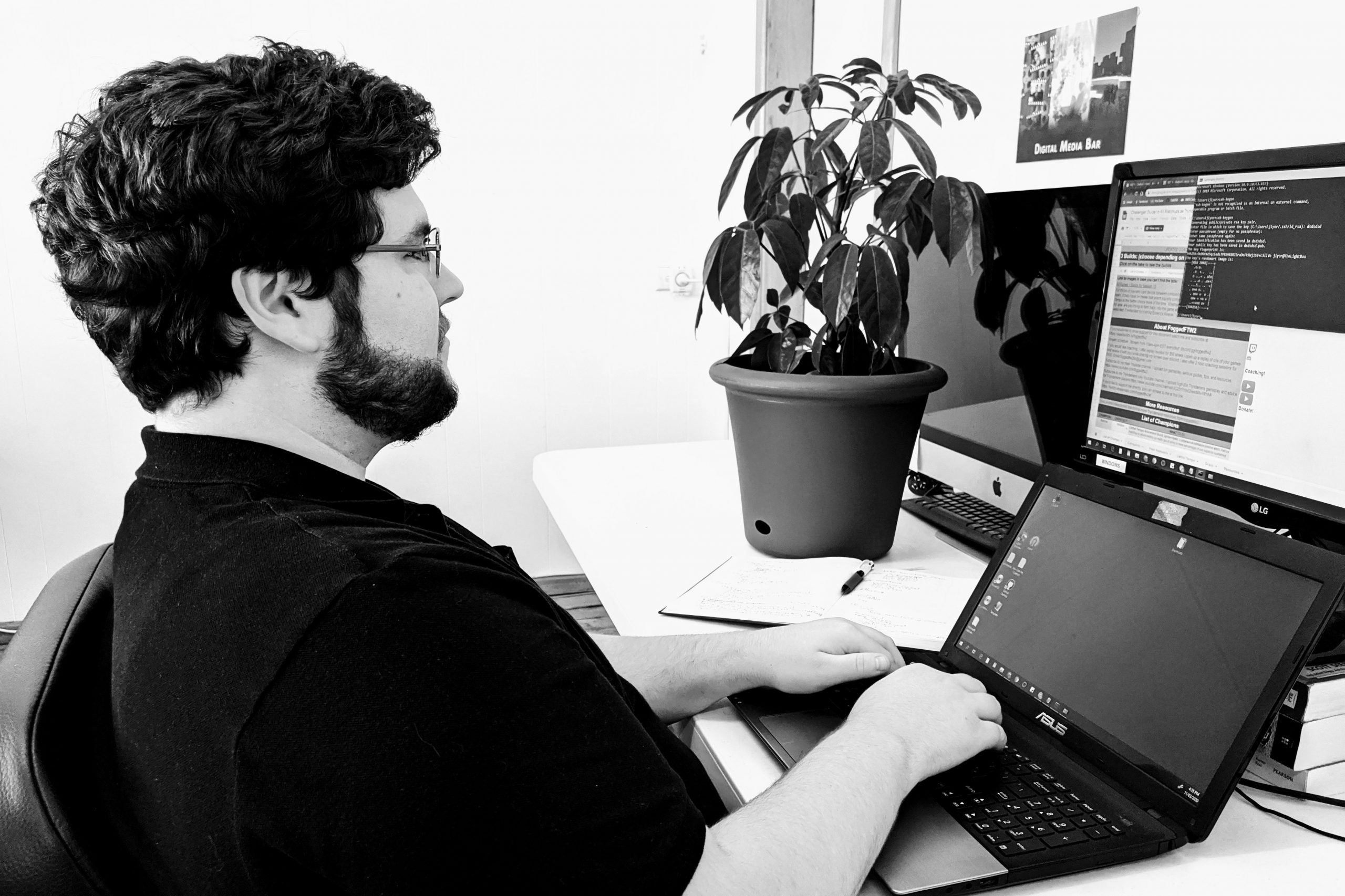 Thanks to the Federal Government-funded Regional Employment Trials (RET) programme

“Originally, I thought the only way I was going to get a job in IT was by moving to a city so I’m very grateful this opportunity arose.”

Some years ago, after Bemboka-local Dalton Mein decided to pursue his passion for IT as a full-time career he was unable to find work on the South Coast. Despite having industry relevant certifications he was unemployed for 2 years. He had done casual work for local IT businesses and even some solo work as an IT Technician but he was seeking something long-term.

Upon finding out about the 2pi Software-run RET (Regional Employment Trials) programme and Bega Hackathon through his job search agency, MBC Employment, Dalton was keen to see where it would lead. He found the Hackathon quite enjoyable albeit a different experience from what he was used to.

During the RET programme, under 2pi Software employee Isaac Lynnah’s mentoring (Isaac’s story is also featured in this blog post here) Dalton worked on his own AWS (Amazon Web Services) cloud based project which saw him creating Gaming server systems.

Things progressed well, and Dalton impressed many with his passion and curiosity for cloud technology. After some time, the possibility of working for 2pi Software was discussed, and while continuing to advance his learning, Dalton was offered, and accepted, an opportunity to undertake an internship at the company.

Happily, 3 months later, Dalton is now part of the team. Dalton has commented that “Things are very full-on and there’s a lot to learn, but I’m really enjoying myself. I’m really trying to absorb as much as I can”.

Dalton is gradually getting more comfortable with being a Cloud Infrastructure Professional trainee. He’s also very pleased that he doesn’t have to leave the area to get a job in the tech field, “Originally, I thought the only way I was going to get a job in IT was by moving to a city so I’m very grateful this opportunity arose.” he added. With the nurturing culture of 2pi Software, Dalton hopes to further his career in Cloud Infrastructure “Everyone is really nice, helpful and patient. I have a background in IT and networks but it’s a process to adapt that to a new technology and I feel really welcomed and supported by everyone in that regard.”