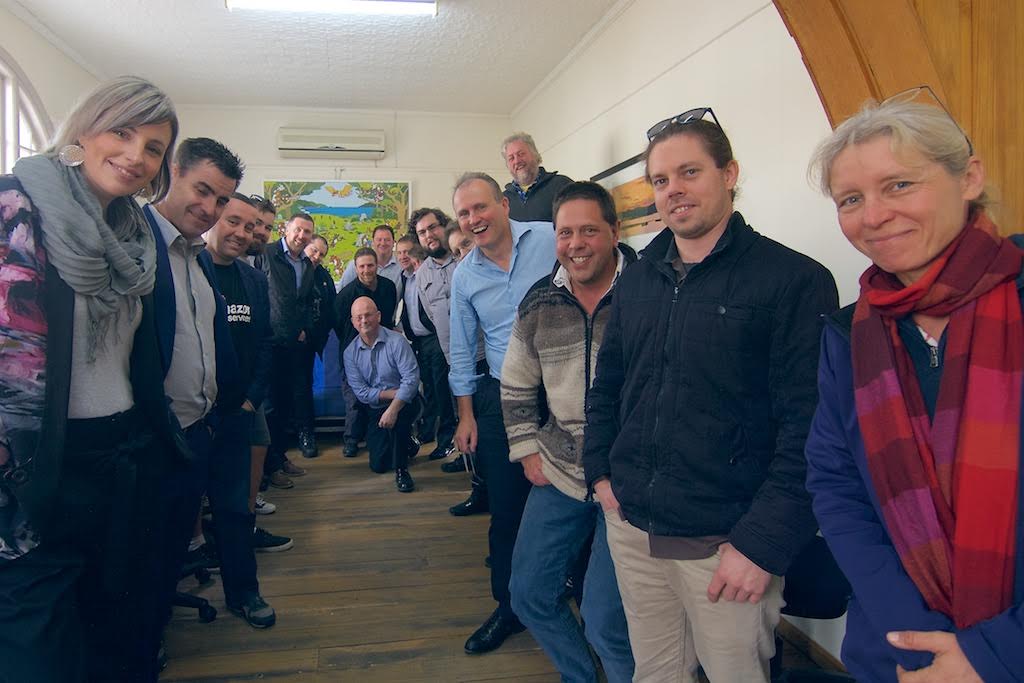 A unique day was held in Bega recently – Amazon AWS (‘Cloud hosting’ Division), the global tech giant came to town to work with a number of other companies to promote upskilling in cloud capabilities in regional Australia. It is the first time, that one of the top five global tech companies (the ‘so-called’ FAANG – Facebook, Amazon, Apple, Netflix, Google) has actually had ‘boots on the ground’ in Bega, so there was much excitement.

And it does not appear to be any kind of token affair. Brian Senior, Public Sector Sales manager with the Canberra AWS team, advised their interest in exploring what can be done in Bega, and if it is successful, replicating in other parts of Australia, and potentially back in the US too.
The workshop was also attended by some of the larger local enterprises – Bega Cheese, Bega Valley Shire Council, Telstra – to talk about how regional companies and organisations can take advantage of their cloud offering. All agreed this was a wonderfully successful get-together.

To cap off a memorable day, the Amazon team met with the local kids at Code Night from 5pm to 8pm that evening.

Put simply, it was the best code night ever. The kids really enjoyed it – they launched servers on the cloud, and then built Minecraft instances on each one, which could be accessed by all their mates – incredible fun.

The Amazon engineer, Rob Costello, spoke and told everyone how much he felt at home in Bega – he himself is from a small town in South Australia and he explained how ‘jealous’ he was that we have Code Night and a growing tech community in Bega – there was nothing comparable in his home town, apparently. Rob got amongst it with everyone, and was really impressed by all our local techs.